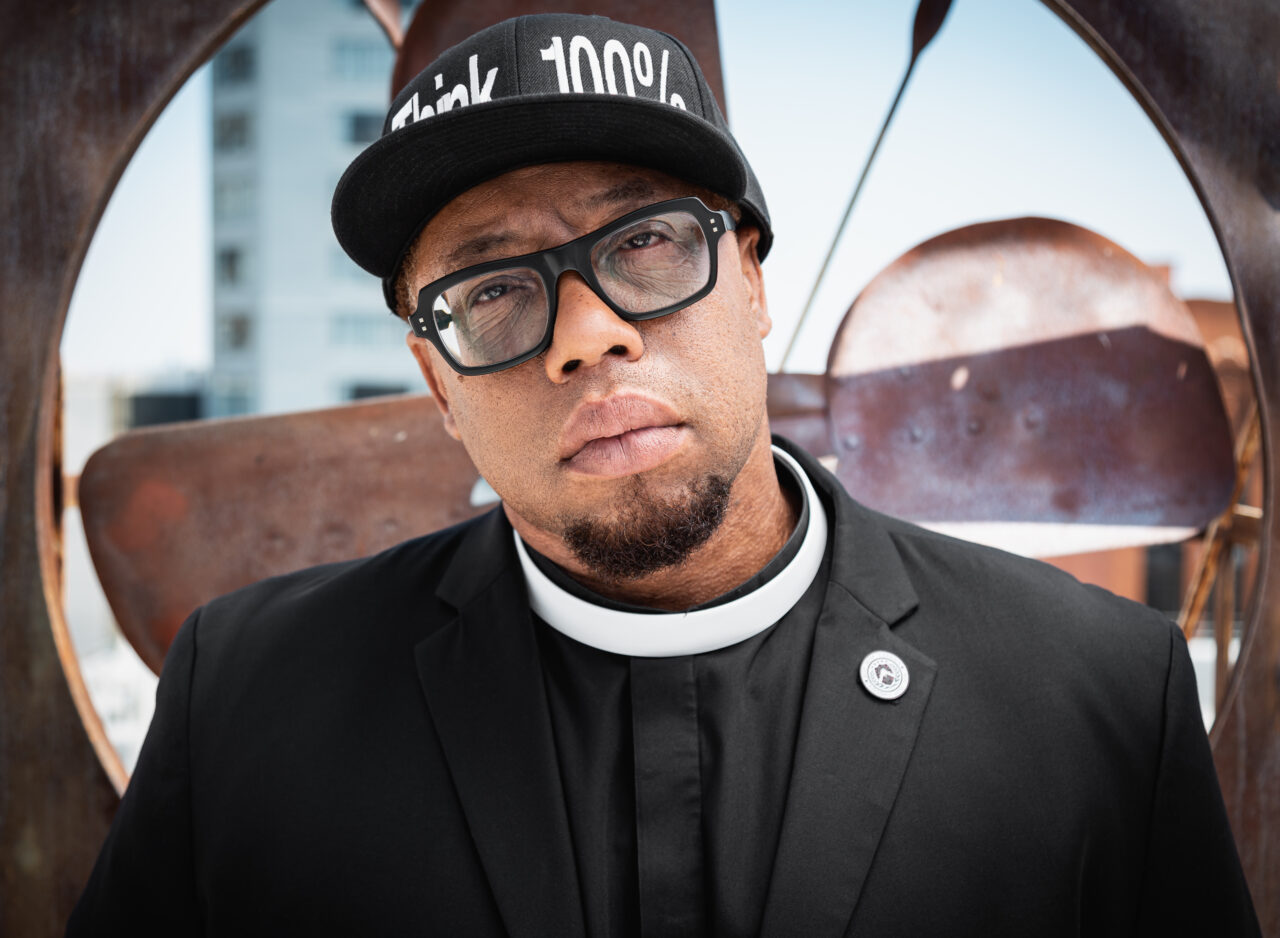 Rev. Lennox Yearwood Jr. is the President & Founder of Hip Hop Caucus, a minister, community activist, U.S. Air Force veteran, and one of the most influential people in Hip Hop political life.

Rev Yearwood entered the world of Hip Hop Politics as the Political and Grassroots Director for the Hip Hop Summit Action Network in
2003 and 2004, and as a key architect of P. Diddy’s “Vote Or Die!” campaign in a run up to the 2004 Presidential Election.
To carry the energy of the efforts beyond election day, he founded Hip Hop Caucus in September of 2004. The goal of Hip Hop Caucus is to build a powerful and sustainable organization for the culture’s role in the civic process and empowerment of communities impacted first and worst by injustice.

After Hurricane Katrina in 2005, Rev Yearwood established the award winning Gulf Coast Renewal Campaign where he led a coalition of national and grassroots organizations to advocate for the rights of Katrina survivors. The coalition successfully stopped early rounds of illegal evictions of Katrina survivors from temporary housing, held police and government entities accountable for injustices committed during the emergency response efforts, supported the United Nations “right to return” policies for internally displaced persons, promoted comprehensive federal recovery legislation, and campaigned against increased violence resulting from lack of schools and jobs in the years after Katrina.

In 2008, Rev Yearwood led Hip Hop Caucus’ launch of Respect My Vote!, a campaign and coalition that works with Hip Hop artists to engage young people in the electoral process. Since its inception, numerous celebrity partners have joined the campaign during election cycles to reach their fan bases, including T.I., 2 Chainz, Amber Rose, Future, Keyshia Cole, Vic Mensa, Charlamagne tha God, Keke Palmer, Omar Epps, and more. The campaign has registered and mobilized tens of thousands of young voters to the polls and in 2008 set a world record of registering the most voters in one day (32,000 people across 16 U.S. cities). Respect My Vote! is the longest running hip hop oriented voter engagement program, having been active in United States elections for over 10 years.As a national leader and pacemaker within the Green Movement, Rev Yearwood has been successfully bridging the gap between communities of color and environmental issue advocacy. With a diverse set of celebrity allies, he has raised awareness and action in communities that are often overlooked by traditional environmental campaigns and elected officials. His innovative stance has garnered
the Hip Hop Caucus support from several environmental leaders including the Sunrise Movement, League of Conservation Voters, Earthjustice, and Zero Hour.

He is a leader in campaigns calling for divestment from fossil fuels causing climate change, increasing diversity in the climate movement, ensuring everyone has clean water and air, and international efforts to address climate change. He has also fought on the frontlines for vulnerable communities, including at the international climate negotiations in Paris and efforts to fight new oil pipeline developments in
Maryland and at Standing Rock. He has received numerous awards for his work, including being dubbed as a New Green Hero by Rolling Stone and recognized by the Obama White House as a Champion of Change. In 2018, he helped launch Think 100%, Hip Hop Caucus’ award-winning climate communications and activism platform. Comprised of podcast, film, music, and activism opportunities, the platform challenges environmental injustices and shares just solutions to the climate crisis, including a transition to 100% renewable energy for
all. More at Think100Climate.com.