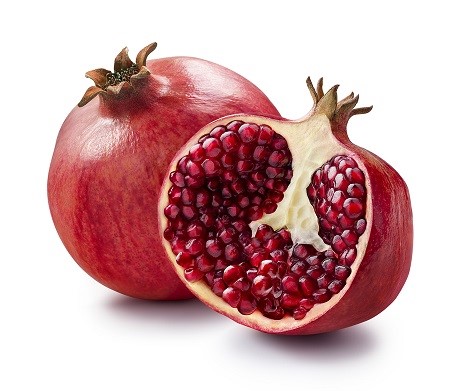 A third of all food produced globally goes to waste, accounting for 4.4 gigatonnes of GHG emissions. If food waste were its own country, it would rank third-highest in emissions of all the countries on Earth![1]

Food waste emissions are created through the process of growing, harvesting, processing, packaging, transporting, and refrigerating food, then transporting it again to its final resting place—the landfill—where it rots, creating more GHG emissions. Food waste also represents a tremendous waste of resources including water, cropland, fuel, fertilizer and human labor, making it not only terrible for the environment but also a significant financial loss for brands, retailers and consumers!

Situated between producers, distributors and consumers, retailers have a unique potential to impact emissions both upstream and down, by working with all of these parties to minimize food loss and waste. BriarPatch Food Co-op, a community-owned business in Grass Valley, California, has pioneered a successful effort to minimize waste at the source by working with local producers.

Waste Less, Save More! How as Retailers, You Can Take Steps to Save Food and Money

The Climate Collaborative is thrilled to release a new 10-step Food Waste Reduction Toolkit and self-assessment tool, both geared at supporting retailers in reducing their food waste impacts. 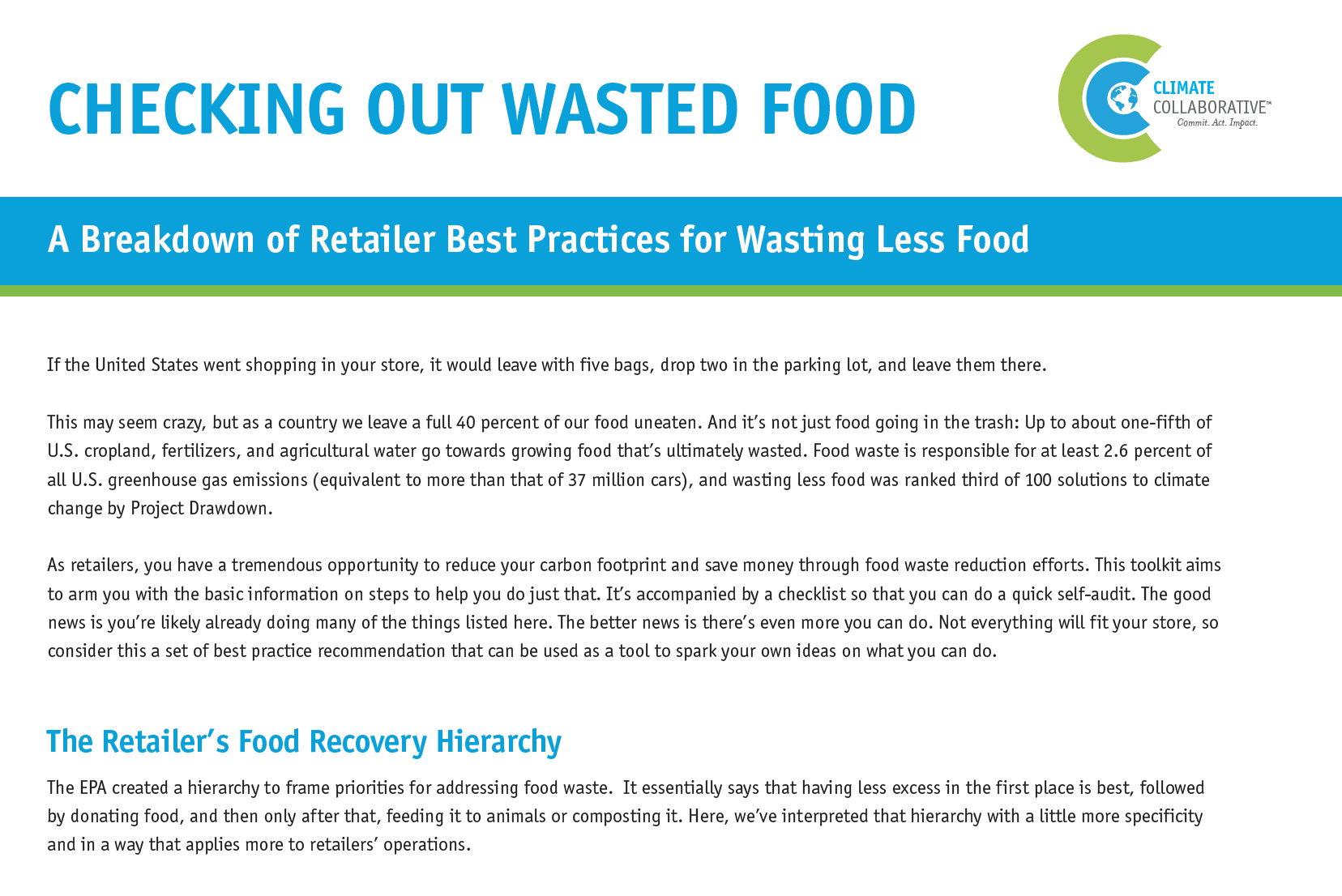 If the United States went shopping in your store, it would leave with five bags, drop two in the parking lot, and leave them there. This may seem crazy, but as a country, we leave a full 40 percent of our food uneaten. And it’s not just food going in the trash: Up to about one-fifth of U.S. cropland, fertilizers, and agricultural water go towards growing food that’s ultimately wasted. Food waste is responsible for at least 2.6 percent of all U.S. greenhouse gas emissions (equivalent to more than that of 37 million cars), and wasting less food was ranked third of 100 solutions to climate change by Project Drawdown.

Waste Not, Want Not: Tackling Food Waste in Your Company

Waste Not, Want Not: Reducing Food Waste in the Supply Chain

Waste Not, Want Not: Reducing Food Waste in the Supply Chain

Nature’s Path Foods is a family-run, passionately independent, sustainably-driven, delightfully nutritious organic breakfast and snack food company that believes in ‘always leaving the earth better than we found it’, and takes its approach to people, the planet and profit seriously.