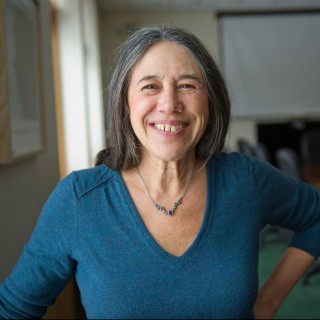 Theresa Marquez  has been a passionate advocate for organic food and farming since 1978 and is considered a pioneer of the natural foods movement. She joined CROPP Cooperative, the nation’s largest organic, farmer-owned co-op and maker of the Organic Valley brand, in 1995 and soon became the co-op’s first chief marketing executive. Today, Theresa serves as the cooperative’s mission executive, a role that enables her to continue passionately advocating for good food and farming and for CROPP as a leader in food and farming excellence. She is the host of Rootstock Radio (www.rootstock.coop/radio), a weekly podcast where she interviews the movers and shakers of the good food movement, and she was a recipient of the Organic Trade Association’s 2010 Organic Leadership Award for Achievement in Growing the Organic Industry. She enjoys playing in the garden and experimenting with grilled pizza.