A new groundbreaking study proves soils on organic farms store away appreciably larger amounts of carbons – and for longer periods — than typical agricultural soils. The important study, directed by The National Soil Project at Northeastern University in collaboration with the Organic Center, provides a new significant proof point that organic agricultural practices build healthy soils and can be part of the solution in the fight on global warming. 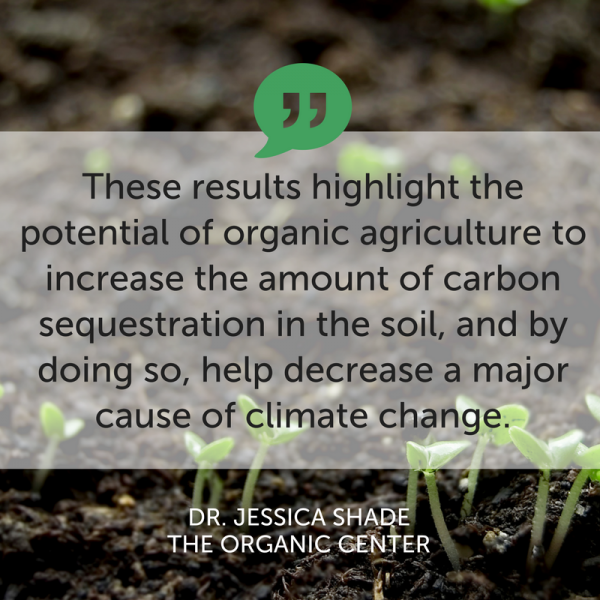 The new data will be published in the Oct. 1 issue of the scientific journal Advances in Agronomy. One of the largest field studies of its kind ever conducted, the study pulls together over a thousand soil samples from across the nation. It uses cutting-edge methods to look at how organic farming affects the soil’s ability to lock away carbon and keep it out of our atmosphere.

One of its most compelling findings is that on average, organic farms have 44% higher levels of humic acid — the component of soil that sequesters carbon over the long term — than soils not managed organically.

Agriculture is one of the main causes of the depletion of carbon in the soil and the increased presence of carbon in our atmosphere, as evidenced by a recent study published by the National Academy of Sciences that estimated agriculture’s role in global soil carbon loss. Organic farming can play a key role in restoring soil carbon and in reducing the causes of climate change, and this study proves that.

Check out our recent webinar discussing the study with Tracey Misiewicz of The Organic Center.