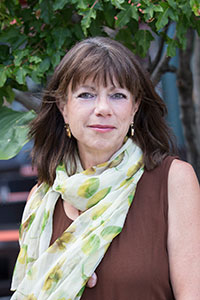 Corinne has over 35 years’ experience in the natural products industry and is a leader in organizing and developing partnerships that strengthen all stakeholders from manufacturer to consumer. She spent 15 years in natural food retailing as a General Manager. She was the Executive Director of two cooperative grocer’s associations launching the Co-op Advantage Program and served as the first president of NCGA. As the founder and current CEO of INFRA, Independent Natural Food Retailers Association, Corinne has received numerous awards for her vision and commitment to organic foods. In 2014, Nutrition Business Journal commended her for “commitment to bringing advocacy and success to natural retail stores in an increasingly competitive landscape”, naming her as the most influential person in the industry.  Recently, Progressive Grocer recognized Corinne as a “Top Woman in Grocery” in the Senior Executive level. Corinne regularly appears in industry publications and in August 2015 was featured on the cover of Natural Food Merchandiser. Corinne currently serves as the Board Chair of the Non-GMO Project, participates in various stakeholder working sessions on the future of food supply and climate change and actively engages in federal legislation in these areas.